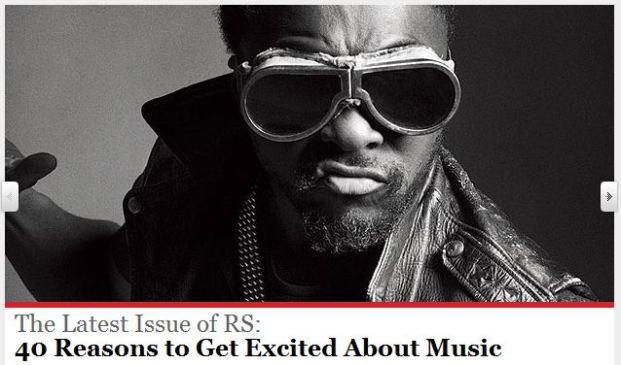 and heightened sense of irony… oh wait, they’re not kidding about Will.I.Am being a reason to get excited…

I’ve decided now is as good a time as any to compile a bit of an ongoing column of 40 (likely more – or less) reasons why I’m excited about music – the good, the bad, the ugly and some niches in between.

2010 looking like a supersonic renaissance. Where 2000-2009 saw the death of artistry in the face of superficial artifice, 2010 sees the release of vapidity and a return to verity. Supersonic in the sense of music transcending – and/or adding immense depth and layers within – just sound unlike anything we have seen before.

create music that transcends sound and builds entire atmospheres, worlds to the point of sight and tangibility; given the modern resources, it’s only natural to equally focus on expanding that experience to reality: actual visuals and mixed media.

Performance artists can make their multimedia visions a reality, and traditional musicians can enhance their songs to whole sonic landscapes of limitless sound.

Before the forty reason foray – reason the first and foremost… the brass tacks as to why music is always reason to get excited: it makes the people come together – the bourgeoisie and the rebel

Watch this space: I… can’t count on Rolling Stone – killer concept, but they killed said concept (read: “You hear it all the time… ‘Rock is dead,’ and well, mea culpa”). As Andy Warhol said, though, “You have to be willing to get happy about nothing,” but I’m a Gen-Yer and in world 2.0 I’m more than willing and able to get excited about everything – after all, Pop goes the culture.